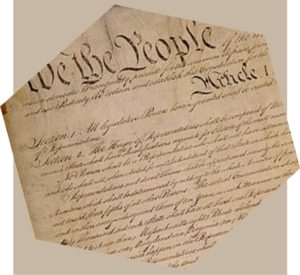 The know-it-all, self-righteous, Liberal P.C. Doms and Dominatrices only interact with the unfortunates when they want their vote, or their appreciative smile and their bobbed head and bent knee delivering a very public “thankee kindly, mum.”

Otherwise, Liberals couldn’t, and wouldn’t be willing to, share a table with the great unwashed inside their fave chi-chi hangout — unless it was for a strategic photo op. After which the poor, unfortunate, stupid, lazy slob in need of saving would be quietly hustled out the back door with their dinner packed in a to-go box — extra bread included for their unfortunate spawn. Won’t the kiddies be so proud to open up the bag and see the bread from Chi-Chi? Oooh, extra fancy butter. Aren’t they sooo thoughtful and magnanimous? Children, we’re voting for them. See the butter?

These are not new situations. You may enjoy reading this from 1877. In any case, I’ve been saying and thinking these things for years. Mostly I’ve been told I’m judgmental and that I’m a narrow thinker. But in truth, I value the power for good inherent in the Constitution of the United States. And yes, before somebody gets snarky, I have a copy, read it and all the Amendments, too, so hush.

Many decent, hardworking, law-abiding Americans have defended social, religious, or politically unpopular actions before SCOTUS and lower courts who, upon getting all the facts, agreed these people were free to do what they did. Why, to legislate that action’s criminality was itself criminal since that action was protected in the Constitution and its Amendments.

Further, though everyone is always free to disagree with another and attempt to change their minds, these courts ruled it was absolutely wrong to use intimidation, threats, and force of law to impel someone to change their actions to what another approves of when that very action was protected by the documents founding our country. And no, we are not talking about “hey, I believe in sex with minors, so I’m protected” sort of nonsense. If you’re even thinking of saying something silly like that, you have just self-identified as a Liberal; minion or leader is still unknown.