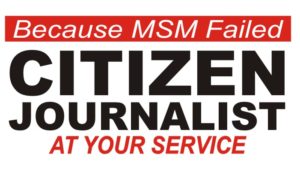 Soft transitions from changover schedules aside, over 500 of Obama’s staff will be out of a job on 20 January 2017.

To hear the mainstream media’s take on it, they act like this is something that has never happened before. That somehow it’s that Big Old Meanie who is kicking them to the curb.

Obama seems to be acting the same since he is having the big social media companies and Linkedin come to give these 500+ the bad news about the current job market.

Are these people so out of touch with the real world that they are going to have to learn how to function in it? Must be so.

Of course, they’ve lived and worked in a liberally socialist bubble all these years as one of the elite who worked hard, side by side, to help Obama with all those Executive Orders. They must be so depressed now that The Donald, The Great Orange One, or 45 as he shall be known, undoes all that hard work.

Ah, maybe some of them will be able to write their resumes so that some tech company on the Left Coast or a media company on the Right Coast will offer them a job hoping to cash in on their connections.

True, true, some may get jobs as lobbyists or consultants or go to work for some think tank or such as that. Of course, with all the changes in technology, including the implosion of many over-saturated and top-heavy tech segments, as well as the renewed fight for keeping the Constitution and the Bill of Rights strong, many of these soon-to-be unemployed will not be able to find the high-paying, cushy job they feel entitled to.