Galileo Galilei said faith is not truth. Was he dissing God when he dared to question the certainty of Church fathers’ faith? In any case, their heads exploded. We learned in school that Galileo dared to say the Earth was not the center of the Universe. Church leaders went on a full-out 15th century social media smear campaign against this man of faith. 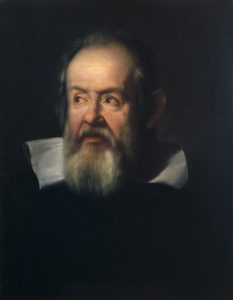 Claiming he was teaching falsehoods and dissing God in the process, the Church declared an official Inquisitorial commission meant to shut down the debate once and for all time within those hallowed walls and around the world. In writing they said that the Earth rotating around the Sun was —

“foolish and absurd in philosophy, and formally heretical since it explicitly contradicts in many places the sense of Holy Scripture” and that the idea of the Earth’s movement “receives the same judgement in philosophy and… in regard to theological truth it is at least erroneous in faith”.

In other words, ruin his reputation and then damn him, damn him to hell forever because he disagrees with us.

Us! The keepers and defenders of truth.
Us! The ones who are smarter than everybody else.
Us! Who knows what the ignorant masses do not, cannot, and will not ever know or have a hope to understand.

But, there is one thing Galileo Galilei came to know: Faith of and by itself is not always the truth.

After a time, nobody much thought about Galileo. But some, who did value truth, finally managed to have the Church’s Inquisition ban formally lifted 359 years after condemning Galileo. The event was so huge, the announcement even made it to The New York Times.

We chuckle at the naiveté of those ancients’ faith.
We shake our heads at the Church’s ego trip.
We say empirical scientific results rule.
We point to Galileo as our proof.

However, Galileo’s struggle — convincing the powers-that-be they are wrong even when one can prove it — is alive and well in the most current Inquisition: Politically Correct Big Science against Real Data. Here’s what’s been happening for many years, and is just now publicly being admitted: Scientists are under pressure to produce quick results so that Product can be rolled out in order to make lots of money for investors who want to cash out as multi-gabillionaires after five years.

How can fast results and big dollars come to be? That is easy.

First: Scientists report an R&D result based upon their belief they can’t possibly be wrong.
Second: Marketing massages the messaging: This is the new wonder product that will solve a Big Problem!
Third: Investors push their truth, convincing politicians to remove barriers to market. Trust us, they say, we aren’t lying. See how sincere in our belief we are?

But BBC.com reports: “Science is facing a ‘reproducibility crisis’ where more than two-thirds of researchers have tried and failed to reproduce another scientist’s experiments….According to the Edinburgh neuroscientist Prof Malcolm Macleod. ‘The issue of replication goes to the heart of the scientific process.’…Scientific literature [has] been ‘tidied up’ to present a much clearer, more robust outcome.”

I daresay financial and reputational pressure is being levied against higher-ups in the BBC, Professor Macleod, and all others documenting these findings about the nature of today’s research. I bet there have been quiet discussions over friendly lunches with broad hints thrown about suggesting they remove themselves from this silly little path they’re on or else dire consequences will follow. Nothing I can do, old boy! You can’t say I didn’t warn you.

How did the Middle Age Church fathers put it? Let’s take their words and change them for today:

“Foolish and absurd to even question the results of the studies. To say we are wrong is simply you heretical since we explicitly state you are contradicting our Holy Writ, The Study We Financed. The very idea of that our approved scientists are wrong is ludicrous. You will not be allowed back in our hallowed halls if you persist in this. You shall be fired. No more funding dollars will come to you. Besides, admit it, you’re just wrong.”

This new Inquisition applies not just to Big Pharma, but to those pushing the climate change agenda. Your Citizen Journalist has been a long said that something nasty is in the environmentalist’s woodshed. Through the years, bits and pieces of information contrary to their findings have leaked out here and there.

And Climategate.
And skewed global warming data.
And other measuring devices badly placed just out of stupidity.

And ginning up data where it doesn’t even exist? Has NOAA been caught redhanded? Oh dear. The people reporting this got major pushback from around the world. But why do I, your Citizen Journalist, believe them? Because of all the data that proves manipulation for nefarious means is going on and because those who claim their data to be correct use social and financial pressure to make others cave to their will. 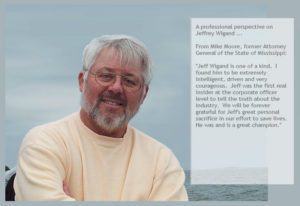 Reminds me of Jeffrey Wigand, Kathryn Bolkovac, William Sanjour, Cate Jenkins, and other modern whistleblowers who defy the liars and the cheats and the powerful to tell the truth.

Galileo would have approved.