Dear Newspaper Media Elite or, as you like to call yourself, Mainstream Media,

The editorial pages were invented for a reason. That’s where opinion belongs. In other parts of the paper, give facts and let readers decide for themselves. There’s a reason you are losing readers and, by extension, money and ad revenue, and have been forced to artificially inflate distribution by giving away papers for little or nothing on the side of the road. 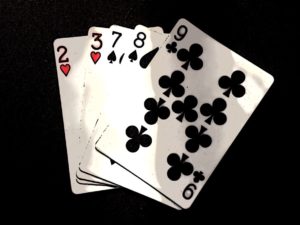 You lost me in 1994 when inches-thick coupon sections became the main feature, and editorial content pushing a liberal agenda filled the rest along with socially conscious feel-good filler to round it out. In other words, nothing my brain could chew on. Nothing that made me think. But hey, I guess you’re like a gambling addict who borrows money from the loan shark and does the old Double Down Two-Step because you just feel in your bones that this time — THIS TIME, DAMMIT! — you’re going to win and you’ll have your life back. Only…

Only you lose, raid the kiddies’ college funds with the same high hopes and confidence, losing again and again. Beatings from loan shark enforcers can’t get blood from the turnip and someone takes out a life insurance policy and you die thereafter shortly paying off your loan.

How sad for you, ME/MSM. All because you think you know best for all the little people too stupid to understand the real facts as you perceive them, so alienating them they wouldn’t steal your paper if they were freezing to death in an alley behind a dumpster and needed it to keep warm.

Because of your dereliction of duty other distributors of content have arisen, such as Taboola, who deliver content to online news feeds like the one that pops up when I go online, MSN. Excerpted from Taboola’s website:

Search engines may have changed the world by enabling people to find any and all kinds of information. But how can someone discover something new they may like if they don’t already know to look for it? Since…2007, Taboola’s team of ninja-like engineers and digital media mavens have been building the world’s largest and most advanced discovery platform — or “search engine in reverse” — delivering personalized recommendations to over one billion users every month, on many of the web’s most innovative and highly-visited websites.

Thousands of leading publishers, marketers, and agencies utilize Taboola’s predictive technology to increase user engagement, monetize their traffic, and distribute their content to engaged audiences across the web. Together, our teams have pioneered a major new marketing channel alongside “search” and “social,” proving that “discovery” can power successful campaigns for companies of all sizes, throughout the customer journey.

All that sounds awesomely helpful, except the reason I looked it up is because I’d been seeing Taboola’s name everywhere on advertisement inserted inline on news feed. When I see a sponsored ad, I usually do not click on it. But then yesterday I clicked on what looked like an interesting news story sponsored by Taboola, only to be delivered to an overt clickbait site with the promised story so badly written from a dubious source as to be laughable.

Taboola calls their placements responsive, that is they parse through massive amounts of data on each person who goes online and only delivers to their feed what they have shown they are interested in based on what they have clicked on in the past. I call bull on that.

Their recommendation system is not working well and, to this Citizen Journalist, seems to exacerbate the problem of fake news or ads prancing around as editorial content. Enough! Be gone with ye.