Faith is not truth. It’s a tough day for an honest man when a closely held belief bumps up against an opposing truth. For everyone else, that doesn’t seem to matter. Contrary to popular opinion having faith in anything does not mean that thing is true, accurate, or even real. From ancient philosophers to Middle Ages scientists to modern-day exponents, there are those who believe the earth is flat. 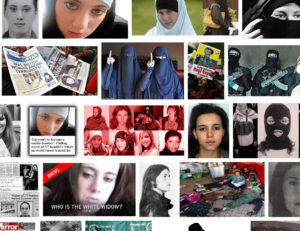 As other examples of the fact that closely held beliefs do not equate to truth, we have Global Warming. Renamed Climate Change to better accommodate inconvenient-but-real truths while still maintaining its ability to generate power and control for the chosen few. (Think Al Gore and his fraudulent carbon credit scheme.) Or that Gender always equals suitability for a purpose. (Think We’re For Her! get out the vote slogan advocating a female for president solely based on the politically correct bullcrap that it’s time we had a woman in the White House.) Or that terrorists are simply misunderstood frat boys frustrated at not having a job. (Think the young women who travel to Syria with a romantic’s notion that showing understanding and giving love to the terrorists will stop them from blowing stuff up, only to find themselves raped, tortured, and killed after they have their glamour shots taken with them and their other usefulness has dried up.)

The list of beliefs posing as truth can be found in every topic you can name. I dare you to name one topic that doesn’t have proponents who believe only because somebody they trust said so. You know what? I double-dog dare you to name any topic or cause or religious belief that does not have followers who are intellectually, morally, or spiritually blind. But it does not change the fact that faith does not equal truth.