This is a dark chipmunk-tunnel* subject I won’t go down now in detail. However, I’ve been saying it for over two years: I would gladly pay a reasonable monthly fee to be able to use the Facebooks and Twitters and Meetup.coms in ways that made sense for me without my efforts being punished, and without me having to chase the damn algorithm changes around in the dark. 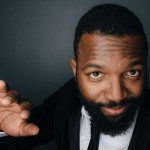 It seems Baratunde Thurston agrees with me. The link is to one of his columns in FastCompany.

As anyone who has ever tried to sell something can tell you: The making of a thing is not the hard part. It’s the selling of it that can kill you.

The best book. The best song. The best gadget. The best car. Bike. Toothbrush. Perfume. Blanket. Rug. Socks. Movie. It doesn’t matter what it is, if nobody ever finds out about it, then the only customer will be nobody.

The big problem has always been: How do you find those eyes and ears, have them focus on your message and product in a crowded field, then convince them to purchase?

Then came mega-stores that had everything…until they started limiting what they carried. Then came The Internet. The Internet was that Great Leveler of the Business Playing Field. We could all set up our online stores, stay in our pajamas, and the money would roll in. Passive income became all the rage.

What happened was anything but passive for the majority, and the reason for that is this: Marketing. Whether online or brick-and-mortar stores, getting eyes and ears on was proving to be just as hard in both instances. 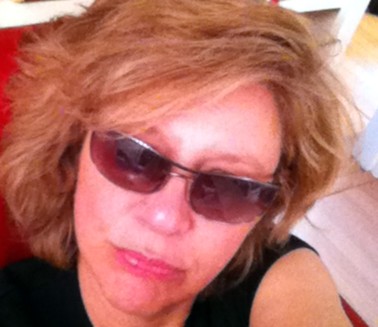 Then the bugles sounded: Toot-toot-toot-ta-toot! To the rescue came Social Media. Yes, they said, we will build this fun site and you can be on it and make “friends” and attract “followers” and then their friends and followers will see you and…see how awesome it will be to have someone helping you with your marketing? You won’t ever again have to send out massive quantities of postcards that will only get thrown away.

Of course, the Social Media Titans’ business model was not known to us. We may have thought “How are they going to make money?”, but we just smiled and shook our heads at the mysterious ways of The Internet, and we all signed up — and became slaves for them.

As billions of people joined, the Social Media Titans pointed to their user base and said to advertisers, “Look how many people we’ve got here. We’ve found the eyes and ears for you. They are even bringing in new eyes and ears for us and you. Also, they are answering questions about themselves so we’ve got them segmented by age, geo location, interests, and so forth. And if they don’t answer questions, why we’ll just collect their posts and study these for clues to these things. So listen, if you pay us we’ll make sure your business can be seen. Pick your audience. Pick your plan!”

Now, to the slaves, many of whom have songs, books, crafts, services, and more to sell on a small budget, the Social Media Titans played false with us. You see, they said to us, “Come here to keep in touch in a friendly fashion with your customers.” Only, they quietly began limiting (read: controlling your marketing efforts) how many you could keep in touch with at any one time.

I’m tired of jumping for the hoops only to have the hoops moved when I’m in mid-air. I can double-guar-oh-dang-tee ya that as you read this, there is somebody hanging in that mid-air who is also tired of searching for the hoop. And that someone is going to build a way to not punish users. Look, I’ll pay. Just stop with the whips and chains, will ya?

*Old Saturday morning cartoons aside, chipmunks might look cute but they are mean little suckers. They also love to dig tunnels near foundation pillars of porches and under sidewalks, thus causing those to collapse.