Full disclosure: I am a Meetup member (five groups) and love the service. Because of Meetup I have been able to find people with similar interests in a host of topics that interest me, as well as see things near me I had no clue were available. Tis awesome. So, let me congratulate Meetup.com’s co-founders, Scott Heiferman (CEO) and Brendan McGovern (CFO), on the success of their idea.

To further emphasize the talent of their team, we come to the deployment of a brilliant ad campaign in disguise. This is said not to minimize the sincerity of motive in this recent rollout of the 1,000+ company-sponsored #Resist meetup groups, but to point out that it is brilliant because they now have a whole helluva lot of folks spreading the word about their service. Case in point: I am writing this article. From a capitalist point-of-view: Kudos, gentlemen. You couldn’t buy that many eyeballs. For those who don’t know… (Scroll to continue reading.) 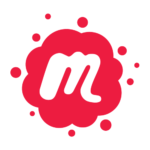 …Meetup is a privately held company. Even if they weren’t and decided to run such a campaign, let me be clear in stating I believe in their right to take what stand they want. Their company was founded shortly after the 2001 terrorist attacks on U.S. soil on 9/11. If Meetup was truly living up to the vision that created the company, that is facilitating communication, they would also have created a hashtag for caring conservatives. Might I suggest the positiveness of #standfirm? I suggest the following verbiage for another group in The Hashtag Wars:

SECOND LETTER: Meetup has always served as an organizing platform for a wide range of political views, welcoming everyone from the Howard Deaniacs to the Tea Party. Meetup will always welcome people with different beliefs.

When the executive order to properly vet those who are let in to our national home was opposed by those who think holding hands and singing kumbaya will make evil stop, we felt a line was crossed.

At a time when it has become clear the very Constitution upon which our country was founded has been systematically attacked and weakened for over 50 years, we felt #standfirm would represent a call to action on behalf of Truth in the Sciences, Equal Opportunity and Freedom for all, access to a well-rounded Education, strong Human Rights support, and a sustained resistance of Terrorists — homegrown or otherwise.

Meetup exists to connect people so they create opportunity and make the world they want. We hope members take these Meetups forward to be powerful together.

*ORIGINAL FULL LETTER: Meetup has always served as an organizing platform for a wide range of political views, welcoming everyone from the Howard Deaniacs to the Tea Party. Meetup will always welcome people with different beliefs. But after the recent executive order aimed to block people on the basis of nationality and religion, a line was crossed. At a time when core democratic ideals feel under attack, we feel a duty to spark more civic participation. Last week, we created 1,000+ #Resist Meetup Groups to act as local hubs for actions on behalf of democracy, equality, human rights, social justice, and sustainability. Already 50,000+ people have joined. These #Resist Meetups are open to anyone who want to create a bright future that’s rich with opportunity and freedom for all. Meetup exists to connect people so they create opportunity and make the world they want. We hope members take these Meetups forward to be powerful together.

What is amiss with Meetup’s original letter above?

One: It assumes.
Two: It is negative.
Three: It divides.
Four: It is shortsighted.
Five: It weakens.

Let’s talk about refugees for a moment. There is a reason most refugees want to come to this country: It is to live with safety in a society built upon strong yet fair rules. They see less violence, more safety, and a capitalist economic system they can fit into to support their families.

For the most part, these folks don’t have that in their countries. Their wars are real, daily, and in the streets.

They come from countries with governments so corrupt they steal from and kill their own citizens with impunity. They want to leave behind, not only that government, but those abusive power-hungry people. Because of weakened borders those bad people follow the true refugees, setting up enclaves wherein they begin the abuse all over again but this time in a more successful country. In other words, they have more to steal and send back home.