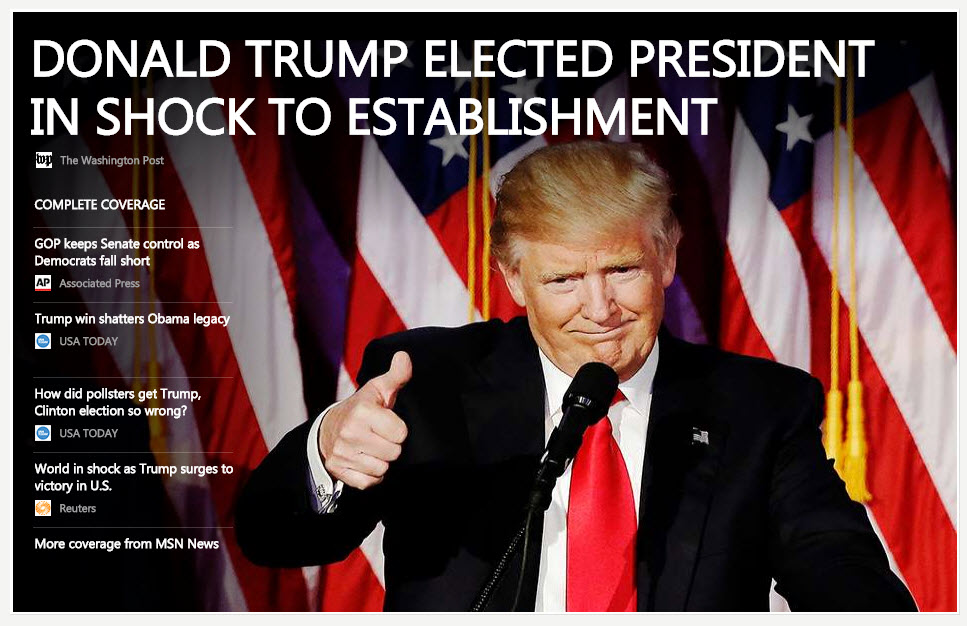 During a long and brutal campaign, the Media Elite, the Doms and Dominatrices of all things P.C., cackled gleefully with every missile sent Trump’s way, wagged their fingers self-righteously at his Basket of Deplorables, and merrily pointed to every mainstream, established, respected poll that confidently stated Trump was not only going to lose, he was going to lose big. 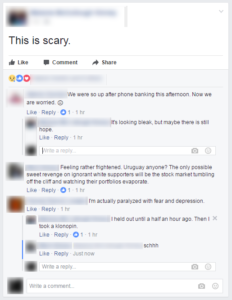 Here’s a guy with an out-sized personality, rough-around-the-edges plain talker, and he won? It can’t be! Tears ran like blood on social media platforms. To make it through the night, anxiety reducing pills were thrown down throats, safe places were sought, white students on uber-liberal campuses set a few fires and whined about how unfair it all was.

Then the next day came the insults from the losing side. Whites and blacks alike saying Trump’s election only proved the country they live in hates blacks, LGTBQs, Hispanics, and everybody else that isn’t white and just you wait and see, they all intoned, we’re heading back to the plantation days. Those folks are still falling for the McGuffins.