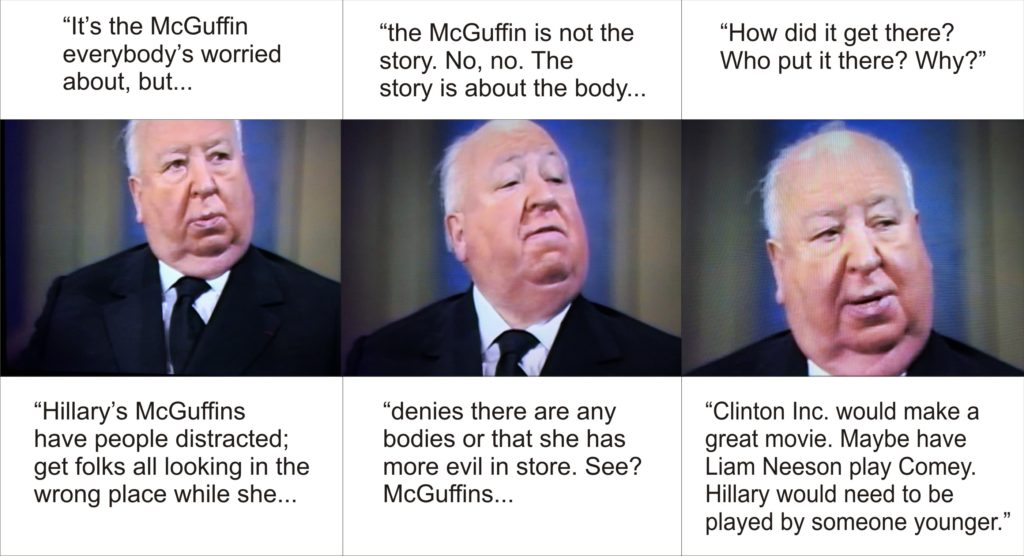 The pollsters were the ultimate purveyors of McGuffins. Anything they could do to keep people from seeing what the real issue was, is, and continues to be: The illegal grasping of power to move the country toward socialism by gutting the Constitution and the Bill of Rights.

Clinton Inc. is still under investigation. Bill and Hillary took money into a charitable foundation via a pay-to-play influence ploy (RICO indictment in the future, maybe). Chelsea still used those charitable funds for her wedding and family living expenses for 10 years. Bill is still a rapist and Hillary will continue to throw any woman under the bus who gets in her way of reaching power by snitching on her hubby.

More than happy not to be First Husband, Bill’s happy to get back to his partying.

And Chelsea, poor girl, who cannot see that what she did was wrong, but who ordered an investigation into the way money is raised for the Clinton Foundation.

In any case, the respected, entrenched pollsters have lost the confidence of the American people for one simple reason: The pollsters did not seek to show what was actually happening.