Illegal Immigrants are the new indentured slaves much adored by liberals who march in the streets and so-called experts who warn of dire consequences to our lifestyle if illegals go away. 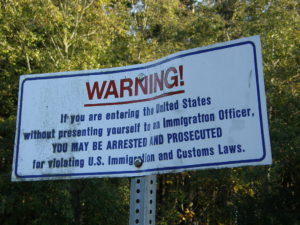 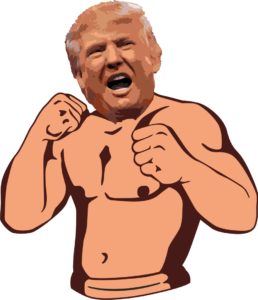 Of course, the current president, Donald “The Hammer” Trump, gets all the blame for this. Yet every time Obama even slightly enforced immigration laws, why here would come reports of vast fields of perfectly fine crops rotting on the vines. Not that anybody blamed Obama because he was just the coolest president ever.

In other words, crops rotting in fields because of slave shortages is nothing new. Even after the Civil War, field labor was hard to come by. They changed the name to sharecropping, promised lots of benefits, but the results were still the same: Those who worked in the fields were used and abused. These included former slaves, white small farmers, and other immigrants with no resources but seeking a life better than what they had in the home country. (Scroll down.)

Coming from people of all colors, races, nationalities, and citizen status on social media, in respected business periodicals, and from news outlets, their go-to argument for not enforcing immigration laws is all about losing their slaves and how their already strained pocketbook would be further negatively impacted.

“I owe my soul to the company store”

Anybody who trots out that argument should be ashamed, but they aren’t. Their follow-up argument is this: But their life is so much better here than in their home country. Oh, so that’s a good reason to make them slaves? Never mind illegal immigrants find a worse situation when they get here, living in run-down hovels, forced to shop at “the company store”, having their masters — I mean, employers — threaten them.

The hypocrisy is beyond self-evident, yet self-absorbed blinders make them oblivious.

“The Hammer” has made great strides in the amount of illegals crossing the U.S. borders. That’s good for everybody. It might take a while to bring back a balance, and yes prices might go up for a while, but aren’t we all supposed to be on a diet anyway? Here’s your chance.

You know, you would think all these eco-friendly liberals would want to pick their own tomatoes, right? Get close to the land? Soak up some of the sun’s rays before it implodes or SkyNet blackens the skies? But they aren’t. They perpetuate a bad situation for selfish reasons while claiming to care about their slaves and their “pickaninnies.”