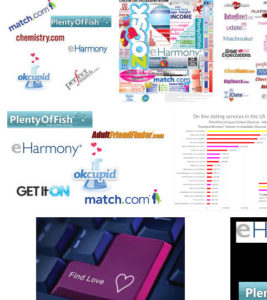 I’ve got this friend. A woman. I’ll call her “Liz.” Liz didn’t marry until her late thirties. The divorce came at the end of the first decade of marriage. She became what is known as a serial dater; a member of many online dating sites. But not from choice. See, she’s a romantic at heart. She believes in true love. She believes in that one and only. The knight in shining armor. Who’ll love her, only her. That she can love deeply, sincerely, thoroughly. Thus her dating has been full of adventures, some wonderful. But most with high hopes dashed on the cruel rocks of expectations postponed.

I’m over at Liz’s house one day when she says “I’ve broken up with LBF-Q*.” She hangs her head, slumps her shoulders, and rolls her eyes when she says it. That told me all I needed to know about her expectations and his inability to fulfill. Liz is now seeing PBF-R*. Texts are flying fast and furious between the two, and as I stand next to her, why here comes two…wait!, three more from PBF-R. Four! Liz smiles. Her eyes twinkle. Then she looks up at me, the twinkle dying, and says sadly, “I only hope PBF-R doesn’t become LBF-R by doing Negative XYZ actions.”

Me: Liz? How long did Q last? [Scroll down for the rest of the column.]

Liz: I had such high hopes.

Me: Do most of your boyfriends last two months?

Me: You know, instead of already seeing how he will hurt you in two months, why don’t you save that angst for the two year marker. You know, if he’s sticks around for two years and then does Negative XYZ and leaves, then you can be sad. But for now, why not just enjoy his company?”

Me: Sure! Look, I’ll ask you in two years if PBF-R has become BF-R*. If your answer is “Who is R?”, then you’ll have saved yourself a lot of heartache.

So, I put a two-year reminder into my phone and on my physical desk calendar to ask her about R. I have no doubt her answer will be, “Who?” Then again, hope does spring eternal. In any case, we’ll both share a laugh.