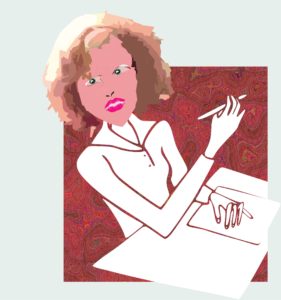 Job interview questions from hell deserve the answers they get. I’ve never had an easy time finding jobs that match my abilities. There are very good reasons for that and explains why I was able to make more money by starting my own business. When applying for jobs, questions I get asked never get answers expected by interviewers. They don’t know what to do with my answers. But here, for your amusement, are my answers to those job interview questions from hell recently reported on by that friendly megalithic employer called MSN.

I advise the reader to understand that I do not lie. That is, in my novels I might make up stories, and in my satirical columns I may stretch the truth, but when it comes to me, I do not lie. Granted, I may not always tell the whole truth — when you read below you will understand why.

But I do not lie. That is, I do not make up out of whole cloth nor do I stretch the truth when I talk about myself. If anything, I often hold back. I do that so often that when somebody eventually finds out more about me they invariably say, “Oh. My. GOD! Angela, I had no idea you did [fill in a thing here]. You are so…so…[fill in flattering descriptor here.]” I kid you not. It’s embarrassing. Granted, my ego likes it, but it is embarrassing because other questions usually follow and it’s the answers to those that are harder for people to process. Scroll down. Read more. You’ll see why Angela has always had a difficult time getting a job.

Angela’s Answer: You calling me a liar?

3. “If you had a friend who was great for a job and an identical person who was just as good, but your friend earned you $2,000 less, who would you give the job to?”

Angela’s Answer: The other person. Duh. However, the premise of the question has nothing to do with reality. For instance, how do I know the other person could, in point of fact, earn more than my friend? Am I not interviewing both? And since we know that past performance does not guarantee future results, the question is just silly.

4. “What’s the most selfish thing you’ve ever done?”

Angela’s Answer: Well, there was that one time I ate the sugar cubes I was supposed to give the horses. But I was hungry. And I was six.

5. “You are stranded on the moon with a group of other astronauts and you need to travel 200 miles back to base. Here is a list of 15 items salvaged from the wreckage of the spacecraft you were traveling in. List them in order of importance.” 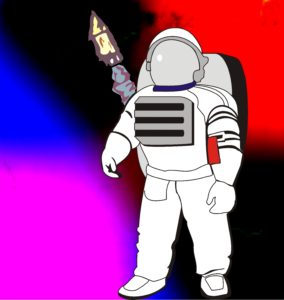 Angela’s Answer: [Reading over the list.] Why would anyone take these things to the moon? What idiot thought these things would help in any way in outer space? Whoever made this list has never been to the moon. They did not ask for advice about what conditions are like there. And furthermore, there’s a base on the moon? Don’t they have walkie-talkies and such as that? And if they don’t, then what kind of planning went into this project anyway?

6. “How would you describe cloud computing to a seven-year old?”

Angela’s Answer: What does this kid already know? What is their frame of reference? I mean, is this a genius kid or a regular kid or what? I would have to ask lots of questions of the kid to determine what they know in order to explain it to him. Otherwise I’d just be bumping my gums, you know?

7. “There are three people, each with different salaries, and they want to find the average of them without telling any of the other two their salary. How do they do it?”

Angela’s Answer: Who is “they” that wants to find out? Can’t “they” just ask each of the three privately and do computations in their own office?

8. “You have 50 red and 50 blue objects. Split these however you like between two containers to give the minimum/maximum probability of drawing one of the colors.”

Angela’s Answer: Sure. Okay. The question I would ask, however, is this: When I split them, can you prove I’m wrong? And if you say yes, then I have to ask on what basis can you prove that? And if you say you were told the result should be a certain thing, then of course I have to completely suspect the validity of this question and your ability to hire. If you have not independently confirmed the answer from a minimum of two sources who agree, then why are you asking me? I mean, I could make up the answer and if I’m confident enough in my reply, then you’re going to believe me. So it’s just a waste of time.

Furthermore, impacting the ability to randomly choose is the shape of the objects. Are they all the same size? Same type of object? You know what? I’ve got a better idea. Let’s make it easy on ourselves. I’ll call a couple of probability experts I know and I’ll get two independent answers for us to begin with right now.

9. “Provide an estimate for the number of goals in the premier league.”

Angela’s Answer: Is that the name of the company doing the hiring? How many departments do — or will — they have? Oh, it’s sports. I don’t know. I don’t do the sports thing.

Angela’s Answer: You sure about that? Ain’t nobody got time for that in an interview. Order my memoir and read it.

Angela’s Answer: Look, we were on the run from the law. He was a bad man. Lot of bad…you know, this is just getting me down.

Angela’s Answer: Hiding? I’m not hiding anything. I’m protecting you from a dark descent into your own soul that you don’t have time for right now. I’m saving you from losing valuable work time. If. You’re. Interested. Just. Read the book! When you get home. Otherwise…

I’m not getting hired, am I?

My logic thought processes are genetic. I get most of them from my father’s side. It’s the thought processes I inherited from my mother that take me around the world to get across the street. Put the two together and you can see why my nickname growing up was Angie-aaahhhhh. 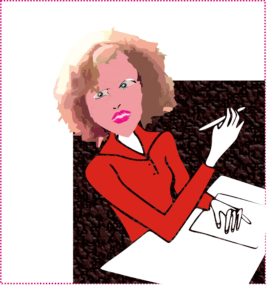 Look, these inherited thought processes have helped a lot of people and businesses through the years when they hired my services as a consultant, writer, one-off project coordinator, and magician. Yes, I’ve pulled “rabbits out of hats” more times than I can count thereby saving many an executive’s butt. So, while my talents are highly prized in Consultant Land, the problem with job hunting is this:

These talents and abilities don’t test well in a corporate environment.