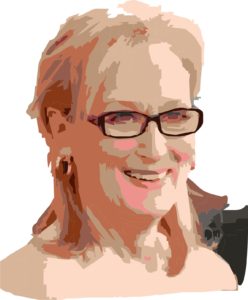 Meryl’s missed opportunity for being a true social justice warrior came on the eve of the Golden Globe’s awarding her the Cecil B. Demille Award. If Streep had truly wanted to be courageous, she should have taken a page from the Marlon Brando’s “How To Turn Down an Award With Style: A Playbook for Coddled Actors” and sent a handicapped person to deliver a speech in support of all other such handicapped people who get abused. Instead, Streep fell for the old McGuffin play. 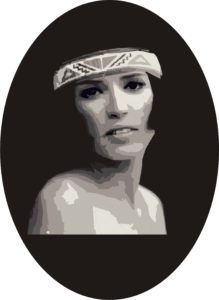 Viewers were not happy that Brando sent a Native American woman to deliver a rant about the film industry’s treatment of Native American’s, who then refused on his behalf his Oscar for The Godfather. But I can tell you this: With time, viewers came to respect him for it because he stood up against the very industry that fed him. Streep didn’t do that. Streep encouraged Liberal bullies to kick shins. She played to a mostly adoring crowd if you believe the Media Elite…. 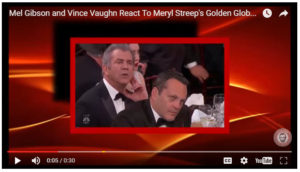 The Media Elite did show Mel Gibson and Vince Vaughn’s confused and unhappy expressions as if they were the only two chucklehead yahoos who dared not to be empathetic. Conservative and Libertarian, Gibson and Vaughn were the courageous ones in the audience. However, I believe there were more in that same audience who also disagreed — or were unhappy — with Meryl. For the most part the camera chose the best shots to drive the Liberal narrative that all Conservatives are creeps.

Streep got the requisite standing ovation because of her huge body of excellent work, many of which I have enjoyed through the years. That’s all good. But I watched the entire video on YouTube and here are some other shots you might have missed. According to the Media Elite, the entire crowd, except for Gibson and Vaughn, were over the moon with Streep’s overly emotive caring speech disguising a blatant political rant and insults aimed at most of those who purchased tickets to her movies. Yes, without the Hollywood Glitterati, why the the rest of the Good Ol’ U.S. of A would only be left with football and mixed martial arts which are not “art.”

After a very close watch by your Citizen Journalist, these shots directly from the YouTube replay of Streep’s speech put the lie to the Media Elite’s reporting. So, for those in the audience who didn’t jump to attendance when Streep snapped her liberal fingers, I applaud you. 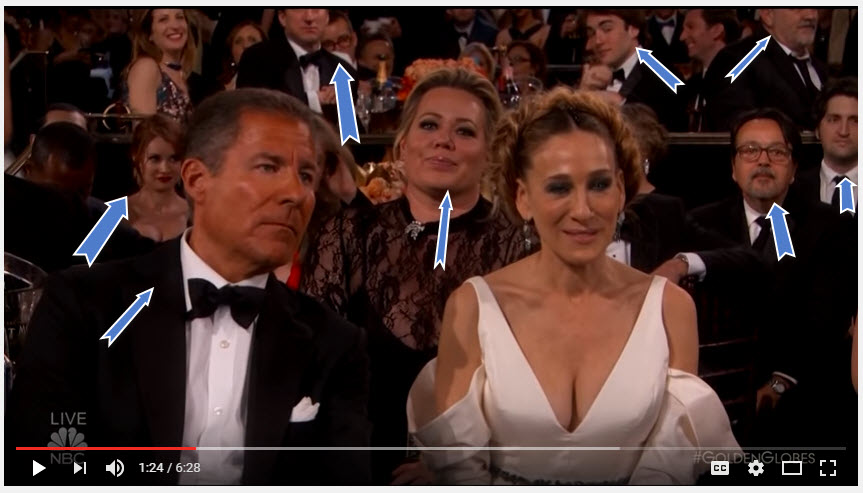 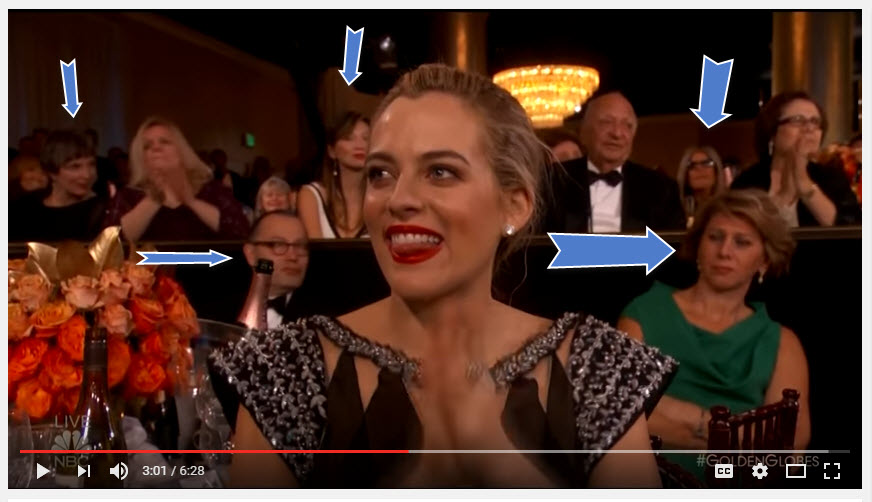 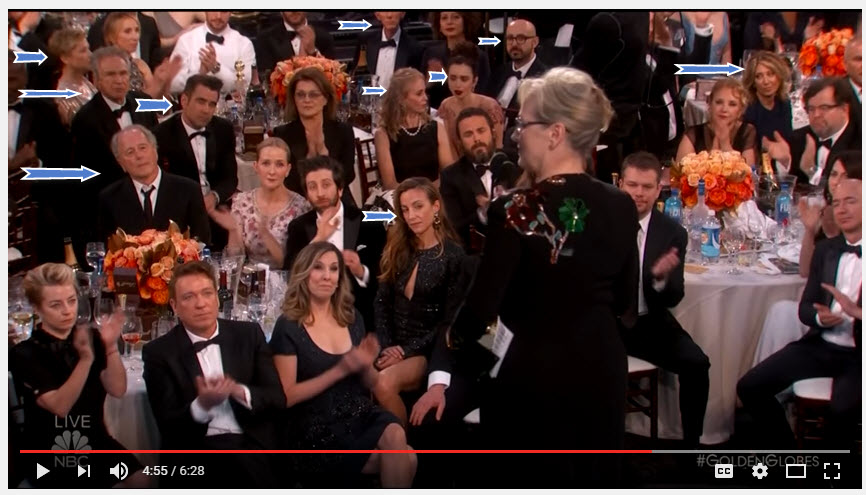 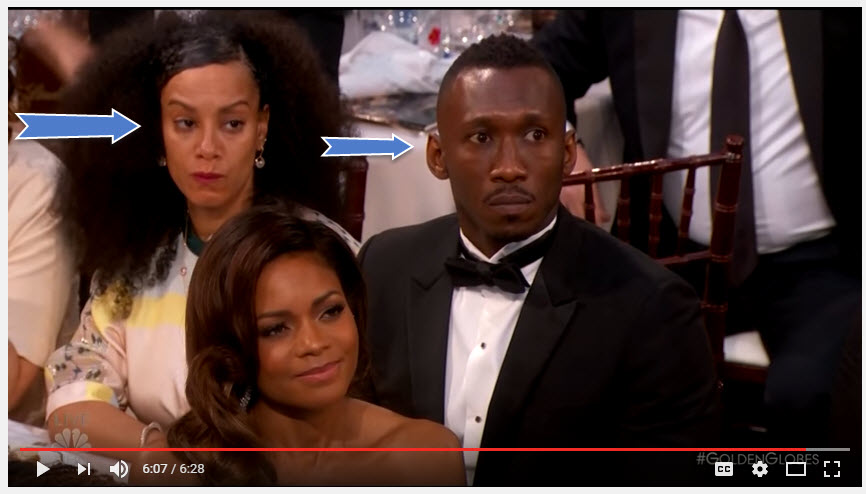