Preventing small forest fires makes extreme ones an inevitability. Making something artificially bigger by incubating it from outside stressors makes it more vulnerable to a severe collapse. 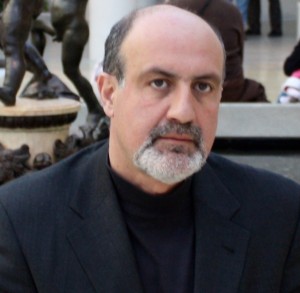 Investors should listen to Taleb. Author of The Black Swan, The Impact of the Highly Improbable, he knows of what he speaks.

Which brings me to why I am writing this for you, Investor Person.

I’ve got a company that needs a small influx of cash for marketing. I’ve built the product at my own expense. There is a huge and desperate market need.

But because I cannot show — in fact, will not show (more on this later) — that millions of people will follow blindly like sheep within Period X at Y Cost Per with Z performance income guaranteed to make anybody smile, nobody is listening. In other words, what is happening is in order to stop the big fire that started because nobody deleted the underbrush, I can’t get any fire suppressant help.

The music business is the most complicated copyright organism there is on the planet. I don’t care what other copyright situation you mention — science, photography, art, gaming, etc. — everything about it is already embodied in the music business.

Even those in the business cannot explain it.

The question, though, is why is the music business the most complicated? Cynics may say it’s because of market manipulations by those in power. I say those in power can only manipulate the markets because of rigid legislated solutions put in place for a small problem that ended up having unintended consequences, that is, the little guy is left exposed and the big guy can wield all the power.

A lot like the individual homeowner who lives next to the protected forest: Jailed if he does try to avoid the big fire by clearing underbrush around his house. But for damn sure, damned if he doesn’t.

Think of those precious forests’ protectors, the environmental do-gooders, who say one must never touch the forest and it must remain in its natural state because to touch it, to remove one little speck of moss or twig, is to deprive another living thing of its rightful food or home. In their haste to protect everything and everybody from everybody and everything, they have, in fact, made the forest more vulnerable to massive destructive fires putting everybody and everything in harm’s way because of the vast proliferation of readily available fuel. These massive fires make the national news. You’ve seen them.

Now let’s pretend that forest is the music business as it exists now.

The music business has grown into the most complicated massive organism that the very few with vested interests seek to preserve. Every little aspect of its ability to earn via any and all incomes streams are solely in hands of multi-national corporations, much like the fate of our forests are in the hands of a very few environmental do-gooders.

The business has been kept artificially safe by stealing from the inhabitants of that forest (individuals: songwriters, publishers, and artists) while the legal environment allows safe harbor for proliferation of massive underbrush for fuel (very bad business practices) so that when finally unexpected and uncontrollable outside forces come to bear, why the destruction is beyond measure.

Those outside forces arrived and they arrived hard. The random and unpredictable nature of technology usage by a massive group of people who decided to do it themselves (the DIY/Indie) made the music business elite run for governmental protection all while claiming the government was doing them harm. Yet all the protections they seek to put in place do nothing for the health of the music business organism as a whole and, in fact, does nothing to address the situation as it exists.

In other words, while the fire of change is raging through the business, the multi-national corporations are killing off the vast amount of songwriters, publishers, and artists while wearing their gas masks and pretending all is well by asking, “What fire?”

I often feel as if I am that lone firefighter standing between the raging inferno and the innocent homeowner and all I can do is shrug and say, “Hey, the County and State said they would send help if I can promise I can put out this fire in 24 hours all by myself.”

Impossible to do, but that is what investors are essentially asking of me and I refuse to lie to them. So, investor people, you tell me: Do I do like everybody else and whisper sweet nothings in your ears?

Well, I won’t do it. I cannot do it. Because to do so would simply be allowing the brush to grow unfettered in the forest in which I live. Shame on me if I contributed to its destruction.