These are the operational assumptions upon which bullies act:

One: That patience equals wimpy.

Two: That patience equals unwillingness for others to get their hands dirty.

Four: That patience means no courage to act.

Contributing to the rise of the world’s terrorism bully is the growing class of the Professional Perpetually Offended (PPO), who jump into every teacup they can find and splash around as if their opinion matters. They spread those opinions by social media and threats of frivolous lawsuit. Then some idiot reporters jump all over it and, in a search for pulling in readers, reports on it like there is some actual meaning to it.

To keep customers, institutions ask for the resignations of their leaders and corporations fall all over themselves to apologize for their insensitivity, pulling products from shelves. (By the way, kudos to Target for standing firm against the PPO.) To keep from wasting valuable time in needless arguments, the vast majority ignore the PPO. Thus the PPO claims victory and then the terrorist bullies read the newspapers (so that’s where the subscribers are!) and make their evil plans based on the operational assumptions outlined above.

But, there is one thing all bullies know for certain: They know they are weak. There is no doubt in their minds about that.

That’s a known fact because that’s why terrorists hide behind women and children. (Google images for Child Suicide Bombers.)  And that’s why they pick targets where they believe nobody will fight back. 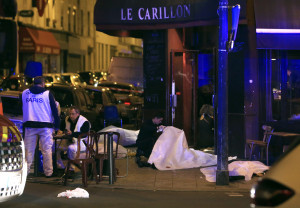 They just started a war.

They just made a big boo-boo.