Opinions are like excrement download portals (EDP): Everyone has one but that doesn’t mean that what comes out of it you would want to roll around in. MTV spouted just such an EDP opinion when they released this video (included here in an opinion piece):

The backlash was so fast and unexpected that within 48 hours MTV privatized their own YouTube video. As of this moment writing this article, I could not find any official statement from MTV on this video. Which might not be a bad thing. You see, sometimes it’s better to keep your mouth shut and let everybody think you’re an idiot than to open it and remove all doubt. Therefore, this Citizen Journalist can only surmise that somebody high up in Corporate has shut down the video, and everyone involved in putting it together and green lighting the project is now in an office with their tails between their legs.

Of course, that could just be wishful thinking on my part. In any case, I am pleased to see more and more are eager and willing to step right up into the self-appointed and self-righteous P.C. PoPo’s faces and hold them accountable for their actions. Kudos! I hear some of the Snowflakes of Terrorism. They’re screaming that I’m being mean. Well, let me just say this…

For more years than I can count I’ve been polite when Snowflakes got in my face and told me how terrible I was because I didn’t agree with them. That politeness was shown when I walked away with a smile and a “Well, everyone has a right to their opinion.” Of course, they always agreed with me on that while saying I didn’t have the right to say my opinion. Hypocrites. 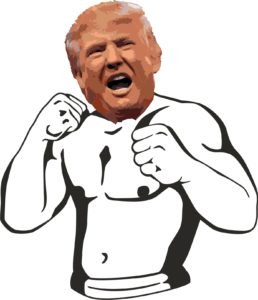 And now that “The Hammer” has been elected, the Snowflakes are doing what they do best: Ramping up their temper tantrums like the kid in the grocery store begging for the toy.

Each time Mama says no, Kid ramps up the campaign of terror until the kid is laying in the middle of the aisle kicking and screaming.

Now, PC Moms would already have put the toy in the cart and placated their precious bundle of joy.

Conservative Mothers, if they haven’t already walked away and said, “I don’t know whose kid that is”, are laying beside the kid in the aisle and making a bigger scene. That’s called Public Embarrassment Therapy, or PET for short.

MTV just got a dose of that. But will they learn from it? No, they won’t. And that’s just sad.