Boston, Mass., April 21, 2016 — Andrea Andreeson, 64, has written a tell-all book confessing to cheating her employer for 25 years by playing a game instead of working. 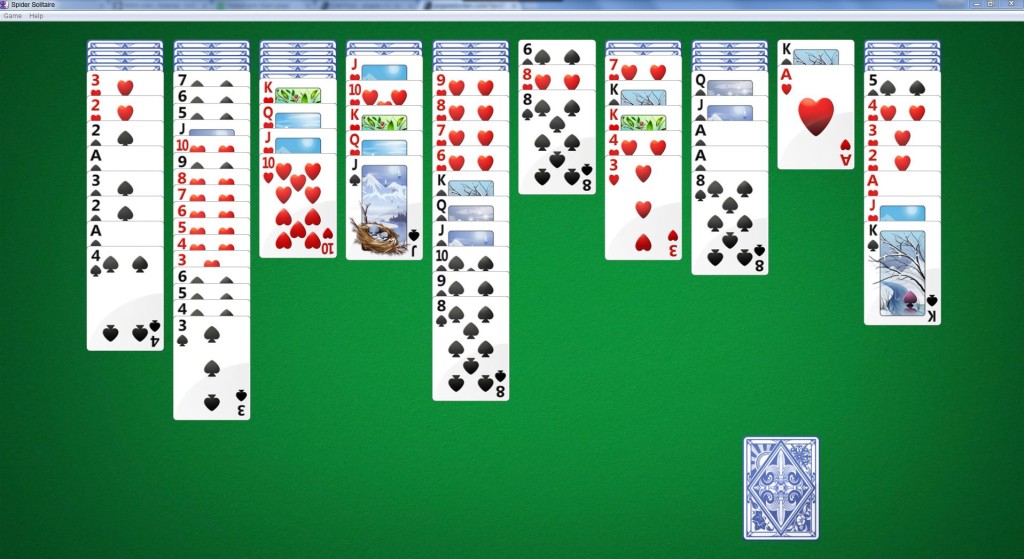 How Spider Solitaire Saved My Sanity is available on Amazon.com, both Kindle and print versions. The old spinster says she took the job because she thought she could meet highly eligible husband material in the workplace. As she says in her book, “I never intended to be at this job for long. I was pretty, and of an age to still be viable. I knew C-Tap Corporation attracted smart men who needed wives to help them advance their careers by throwing parties for clients and bosses. I was that woman.”

Though she also confesses to — and gives some darn good details about — several affairs of the heart, alas, none ever lasted for too long, much less led to the marriage her heart coveted. As the years passed, and not being the least bit interested in her job, she passed the time away by playing Spider Solitaire on the company provided computer.

Andreeson said, “Frankly, when I first started playing the game on the computer, I did it because my job duties were light, and I wasn’t going to go looking for more work, that would be stupid. But I was bored. Then, of course, when that first affair ended, I was devastated. Playing [the game] helped take my mind off my troubles, you know? I could see so many married men were unhappy with their wives. I knew I could be that thing that could complete them.” But time after time, she was wrong.

As outlined in her book, she said there came a time when she realized the company was not doing enough to attract single men to the workforce. She felt they had tricked her into coming to work for them and that, therefore, they owed her since the percentage of men they hired (99.75 percent) were married, and the 0.20 percent of the single men were gay, thereby bringing down the ratio of single woman to eligible single man.

“I have no guilt associated with cheating [C-Tap]. I deserved every penny I got out of them. They should be happy I didn’t sue them,” said Andreeson.

Researchers have been quick to point out that it is impossible to get accurate statistics about this workplace time waster because Spider Solitaire is housed on local machines needing no Internet connection, therefore access is untraceable.

Walter Gilson Ph.D., professor emeritus from MIT, said, “I wanted my thesis to be on the subject of Spider Solitaire as played at work during hours employees were on the clock. It was my contention that employees wasted time because of certain deep psychological needs. I believed if we could identify those needs then we could tweak the workplace to accommodate those psychosis, and therefore employers could get value for the hourly rate they paid people they hired.”

Dr. Gilson submitted his outline to his peer committee, then quickly and quietly was informed he should, as he told this reporter, “Drop the subject, as there are things here you do not want to understand and that should never come to light.”

It is possible Andreeson’s book has turned a bright light onto the reason the researchers did not want Gilson to study the subject: Women’s rights activists would have come out of the woodwork to sue the university. They knew they would lose in the court of public opinion, their insurance rates would rise because of the lawsuit, and the go-away money pot was getting smaller by the day.

C-suite executives at C-Tap Corporation (NYSE: CTAP) declined to comment with this written statement sent by email, “We decline to comment.”

In the meantime, Andrea Andreeson is enjoying her retirement knowing that in the long run she “…stuck it to The Man but good.”