I want to thank you for taking over 40 years to officially announce that Barry Manilow was not heterosexual. I knew it way back in the 70s — and it was clear he felt guilty about it. And look, if I knew it and I was just a kid, then surely his grown-up fans knew it, too. In these games everybody seems to playing, Self-Identify is connected to something called Privilege Guilt. So I now shall self-identify publicly to you and hope you don’t wait 40 years to let people know the truth. I want to make a clean breast of it. This is very important, so please don’t ignore me.

Here I go: I self-identify as female, heterosexual, rich, and a genius. What that means is that when I go to any of the top college campuses, I will have to apologize when I use the male bathroom. That’s right. I am not male pretending to be female or female pretending to be male. If I were, no apology would be necessary. But I am female. Worse: I’m a female with a small bladder and sometimes needs must, so I weigh the option of whizzing where I stand or suffering the wrath of the RadFem when I apologize to a man. Furthermore, I am a heterosexual female who has never been bi-curious. I have so much to apologize for. I can feel the Guilt of FHRG Privilege kicking in now. (Scroll down for the rest of the article.)

That is correct. Adding to the lists of [Guilt descriptor du jour] Privilege is the new designation for offense: Female, Hetero, Rich, and Genius Privilege (FHRGP). I am also white with a capital W, so you can rightly say I suffer from WFHRG Privilege.

Maybe with an editorial or a sincere three-parter (all in one issue since readers don’t follow serials anymore) wherein you quote the annointed self-appointed representatives of the Guilt PoPo, your publication will be able to offer some insight into this situation. One can only hope. I would say “one can only pray”, except then I would be in another category of privilege: The White Female Heterosexual Rich Genius Christian. 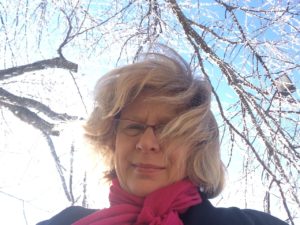 I feel the need to self identify as Female and Hetero because, you see, some men have asked if I used to be a man. After a dead-eye stare and a small twitch of the curled lip, my reply is he must not be much of a man if he has to ask that and [my eyes twinkle malevolently] I whisper in his ear, “I only like real men.” They splutter idiotically (something about me insulting them) and walk off in a huff. Maybe they are bi-bi-curious or bi-curious curious.

Real men — lovely fellows who never have to ask for my female bona fides because they know to check the Adam’s Apple when in doubt before approaching the target. Yes, real men conclude I am rich and a genius. Offers of personal service stream in, quickly followed by “So, you want me to move in, baby?”

You see, they have identified me as rich. Now, as for the rich part, I do self-identify with that. Unfortunately, my bank account does not and, frankly, I am not looking for a…ah…a man of any sort, fully hetero, bi-curious, or bi-bi-curious. But if I was looking, then he doesn’t have to be rich, but by God, I want him to have money to support himself. Is that too much to ask? I think not.

Pardon me, my WFHRGCP is showing.

According to many (including my ex who always used to say “You’re soooo smart!”), folks in all gender categories identify me as a genius. I accept that assessment and conclude that my assets are many and varied. Unfortunately, I am always ahead of the curve, so my genius will take many years to pay off because everybody else has to catch up. Oh, why can’t I be stupid like all the other people who don’t have to suffer with WFHRGCP guilt?

Does that question indicate a lack of remorse? Yes. Yes, it does. Again, pardon me for letting my privilege show. I am trying so very hard. I hope this does not ruin my chances for a cover photo placement (I have plenty you can choose between) and a middle of the magazine hi-profile spread.