Around the U.S., in every major city and insignificant hamlet, small groups of women have lunch, share a coffee, and in general be supportive. They will discuss how hard it is to be a woman in business. So they meet together and help each other feel good about themselves, smart and educated as they are. 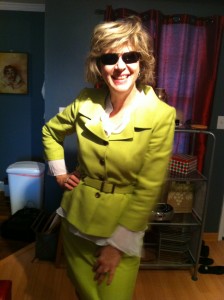 Only, these formerly hard-driven women, so used to having Corporate mandate their lives, but now downsized, began to feel dissatisfied with the touchy-feely. After a while it felt like spinning-wheel time. Then somebody got the bright idea that what was needed was for them to hold the others accountable for actionable items. Just like the Big Boys do it, you know?

Why, they would have an Advisory Board with a Checklist to Confirm Goals Were Met.

A woman daren’t show up without proof of forward movement, right? Of course. Several years were spent doing that only to find it didn’t work either. They were soon back to lunch, coffee, dessert, supportive hugs, and living off their rich new boyfriend or retired husband with an excellent pension. I can speak on this clearly because I was one of those women, except for the rich boyfriend and retired husband part, that is; sitting in these meetings; believing I was going to learn something that would help me to identify opportunities; becoming successful in business (on this phrase you can infer I’m making air quotes.)

I’ve never been one to do anything halfway, so I put a lot of effort into soaking up wisdom and helping my sisters grow (yes, more air quotes here of the sarcastic variety). I was supportive. I was there for every meeting. I was frickin’ prepared. I…

I was going nowhere, doing nothing. Closely following not doing anything halfway, I’ve also been one not to waste time on something that clearly wasn’t working. So, I cut bait when the fish didn’t bite, packed up my pole, and never went back to another meeting. Stopped paying my dues.

But, I didn’t miss it. I was freed. And here’s why. Teach a man to fish and you feed him for a lifetime. Give a man a fish and…you know the rest. So it was that, time after time, at each meeting, I was being given a metaphorical fish.

The message was driven home: I was too fragile to compete in the world of business. What mattered most were my feelings. (There’s those damn air quotes again dripping the sarcasm.)

If I was not given respect (stop it with the air quotes, Angela!) by all those with whom I wanted to do business, why they should be punished for not acknowledging the awesomeness that was me by throwing business my way. (To that end, I am not a fan of set-aside programs, but don’t get me started on that.)

The thing is, I stopped talking and I started doing. I didn’t ask for the approval of anyone to move forward and didn’t wait to confirm that I would be successful.

I stopped talking and I started doing. I left behind the false security of the padded baby-bed group think, climbed over those rails, and started exploring possibilities in ways I never had before. And you know what I found? I found these:

One: There is not one person, male or female, who has the answers to anything in business. When you hear someone say they do, grab your wallet and run.

Two: Women do not hold a monopoly on being ill-treated by the big bad business world. Men are cheated and manipulated by Corporate.

Three: Men are scrambling hard and get less credit for those efforts, too. They too slog silently through the minefields of business.

Four: Women do not hold the monopoly on being held hostage to the workplace. Men get cheated on salary and bonuses and vacation time, and passed over for promotion, too.

Five: Shocker! Men get downsized. And when they have families, they worry the hell out of themselves and try to find a job, any job, to bring in something until they land on their feet because they want to be a real man and do what real men do: Look after their families. 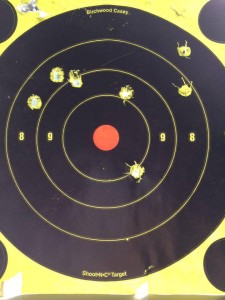 And here they come: The rumblings have started. Past-supportive friends have turned into snipers and painted my chest with little red dots of public disapproval. That’s okay. Because, you see, I no longer care what they think if to care slows me down from doing.