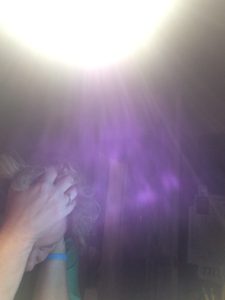 You would’ve thought that when I went looking for a male demo singer that the front man for a rock band could have done the job properly with little supervision from me. Alas, I was to be disappointed at the rock star wailing.

Sometime in early 2013, I hired a production studio to put together the tracks for a song. I had given them a recording of my rough ideas. We had talked about instrumentation and agreed on a price. They arranged for a male demo singer.

Via email we went back and forth on the underlying composition until I was happy. The day we cut the vocals in, though, I wanted to be there. I was very specific about the quality of the vocals — intonation, placement of emphasis, length of notes being held, and the wail — had to be right. Only I could make that decision.

So the fellow showed up, swaggering in rock star fashion, jeans faded just so, tight in all the right places, boots scuffed fashionably. You know, the typical rock star. After polite opening ceremonies, my first question was did he have any questions about the vocals I sent him. It is then I should have known he wasn’t up to the task because he had not listened to the sample style I sent.

The producer pulled up the file I sent and we listened. Twas then the man began to shake in his rock star boots. I thought this could just be pre-performance jitters, took a back seat, and let the producer get him set up in the studio.

In the vocal booth, after about thirty minutes of missing one take after another, charges racking up for not much happening, the producer turned to me. I nodded and went into the booth with the guy. With great respect for his rock star ego’s fragility, I put on my best smile and asked, “How may I help you?”

That’s when the scared little boy came out and he whined, “The song is not my style. I’m not used to this.”

Now the polite smile is plastered on my face. I wanted to say, “And you’re just now finding this out?” But I didn’t. Instead, I said, “Would it help if I coach you through it?” He was fine with that.

I know the producer well. But more importantly, the producer knows me well. He was not happy this guy let him down in pleasing a paying customer, and he was embarrassed as well. So I stayed focused on getting out of the rock star the performance I needed.

Eventually, after much pain, we got everything but the wail that was crucial to the song. He again whined, “But I can’t do it.”

“Oh, for God’s sake. Grab your balls and holler.”

Okay, I didn’t say that, but I wanted to. Instead I said, “Imagine you are on a stage in front of twenty thousand people…”

His eyes got big and he said, “Whut?”

“Oh, for God’s sake. Are you a rock star or what?” Yes, I did say that. In the headphones I heard the producer laughing. “Now. Watch me as I do it and follow along.”

At that I closed my eyes, got in touch with my inner Axl Rose, opened my eyes, and I was on stage in front of twenty-thousand screaming fans waiting on my wail and I wailed. The boy’s eyes got big.

That was another painful thirty minutes and we got a good enough wail that I finally said it’s a wrap.

I’ve forgotten the guy’s name because, frankly, if I, a mumble-three year old woman who’s never sung in her life could make a wail better than the poser, then he wasn’t worth remembering. But, yes. I’ve got the work-for-hire agreement signed for his performance.