Thinking makes it so, said Shakespeare. Some have said the bard was advocating for moral relativism, which is the position that moral or ethical propositions do not reflect objective and/or universal moral truths, but instead make claims relative to social, cultural, historical, or personal circumstances. However, this definition is rigid, inflexible, and assumes much. We know this because we find out that Shakespeare was quoting the Apostle Paul, who said in Romans 14:14 that “to whom who accounteth anything to be unclean, to him it is unclean.” Therefore, if we believe the Bible’s writings were inspired by God, and that God does not teach a double standard, then we come to realize there is a deeper meaning behind “thinking makes it so.” 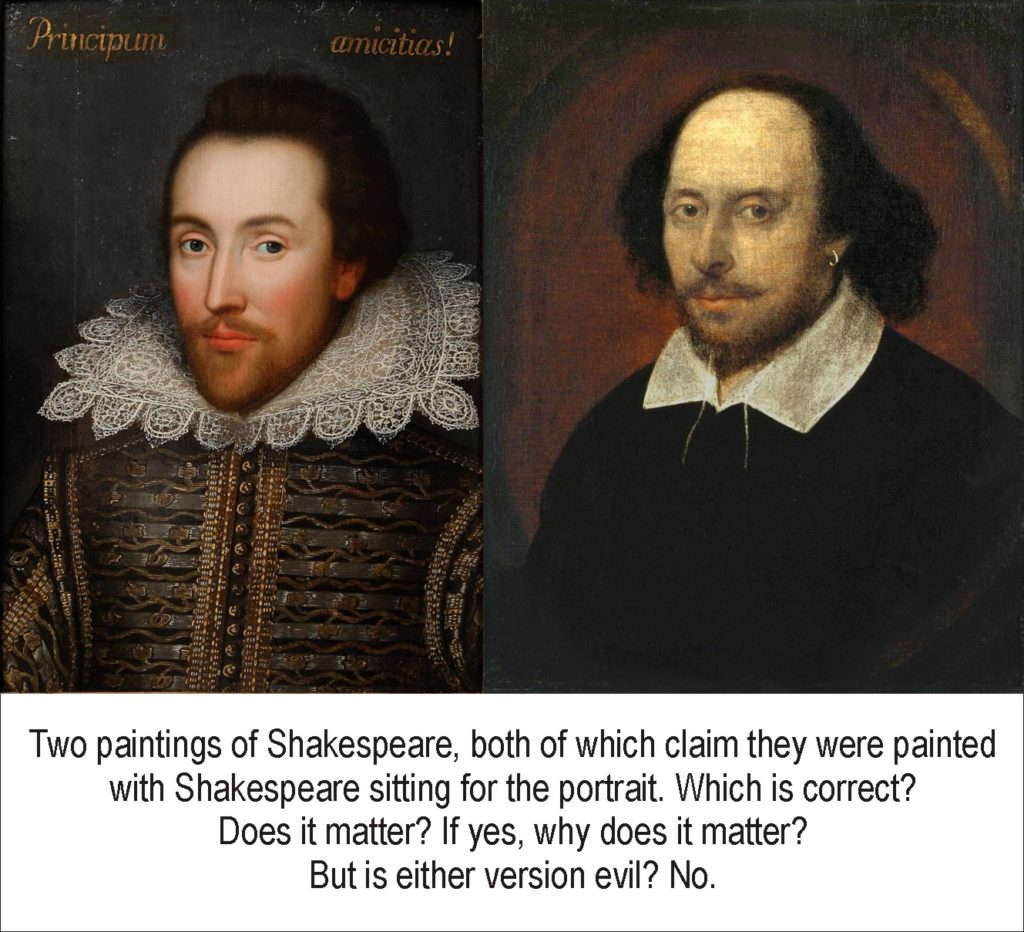 You’ve probably heard about the guy who lived in a far flung area who says to the missionary, “So, you’re telling me that God loves me just as I am and that if I had never heard of him, he would understand and he would be fine with how I was living my life, but now that I know him and am trying hard to please him if I do something wrong he’ll send me to hell to burn forever? So, why did you come to me so that I would be condemned?”

Our Heavenly Father is against evil. His view of evil has not changed. Moral relativism is a human construct. We humans add and subtract to the category of evil almost as often as the winds blow. To make it worse, we back up the current stance with laws, after which it is then filtered through communities who use that law to enforce their community standards, then becoming out of date. For instance, in the US, the legal age for drinking, buying, or serving alcohol has sometimes been 18, sometimes 21. That age varies with each country. But God himself does not mention a particular age, instead He condemns the outcome of over-drinking. God also does not condemn your belief that underage drinking is wrong, but I’m sure he doesn’t want you trying to validate your stance by claiming it is His.