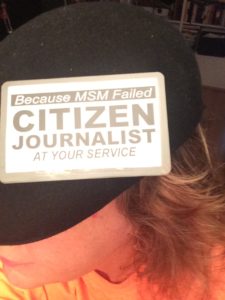 Barack and Donald making nice for the cameras in the Oval Office should not be confused with the President-Elect’s acceptance of or agreement with the President’s massive body of unilateral unconstitutional executive orders that have thrown every taxpayer in this country under the bus.

According to Marc A. Thiessen writing in The Washington Post, Obama has no one to blame but himself for having his executive orders repealed. Even now, Obama is being viewed as failing to lead as the head of a Republic because, said Thiessen, “Obama built his legacy on the sand of unilateralism, instead of the rock of bipartisan consensus.”

Trump knew that if he won he was stepping into a big pile of poo. Like those of us who grew up going barefoot in the summer and know the Poo Removal Dance, The Donald knows it, too.

For instance, here’s a video that shows Trump removing some poo from between U.S. citizens’ toes by telling the Saudis how it is, and holding their feet to the fire.

More Poo Removal Dances will follow, thereby removing from between our toes stinky mush dumped around and through our lives by those who thought they had the right to tell everybody what to believe, think, and do in totally personal matters.

For any Liberal who may have dried their tears, put up their crayons, and come out of their safe place, please understand many are aware President-Elect Trump will not solve all the nation’s or the world’s problems. That is for God to do.

But when you have a crooked nail, sometimes you need a heavy hammer to slam it away so that the project can continue on. Trump is that hammer.

The nail are those who have been systematically gutting the strength of the Constitution and the Bill of Rights.

The project is continuing to protect the power of the founding documents of the U.S., the Constitution and the Bill of Rights.

You can read more about that fight here and here.