This Twitter shadow-banning update should interest the company. See, their data service upsells don’t work for me because they are already manipulating my tweets against my will. [Read the first in this series here.] So why pay for something they won’t let me use as I wish? But today I have even bigger proofs Twitter is shadow-banning me just like they are shadow-banning Scott Adams, Dilbert’s creator.

In this series of pictures below, you can see (1) I composed a tweet, attached a photo, and tagged Twitter and eight others (see the list); (2) it is tweeted but with only five showing as tagged, missing four; and (3) you can see who the “two others” are that remained tagged. But it gets worse. Yes, it does. A few minutes later that entire tweet (wherein I called out Twitter on these practices of theirs) was no longer showing on my main Tweet timeline. A few minutes later it showed up. Then it was gone again. Then it showed under my Tweet and Replies tab. There is no rhyme or reason for any of it — and certainly no good reason for it. 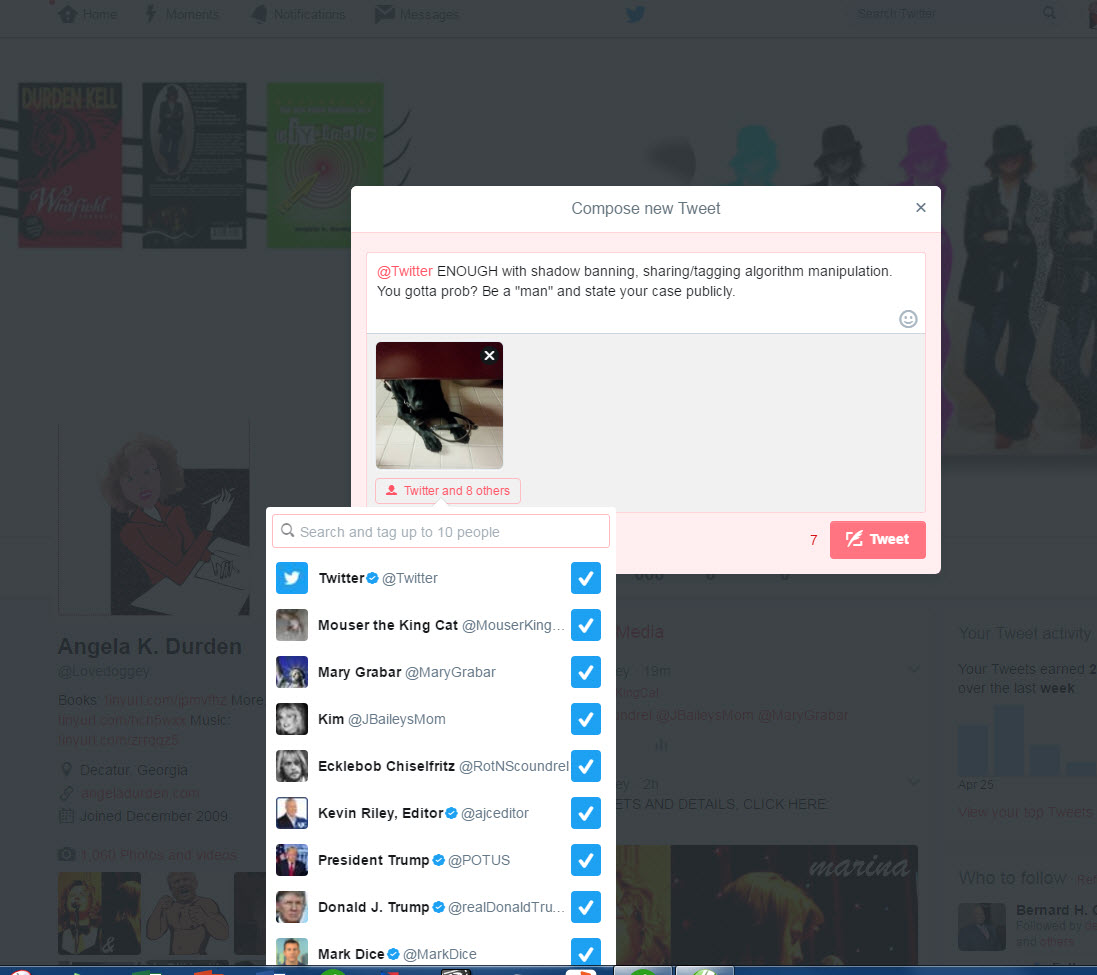 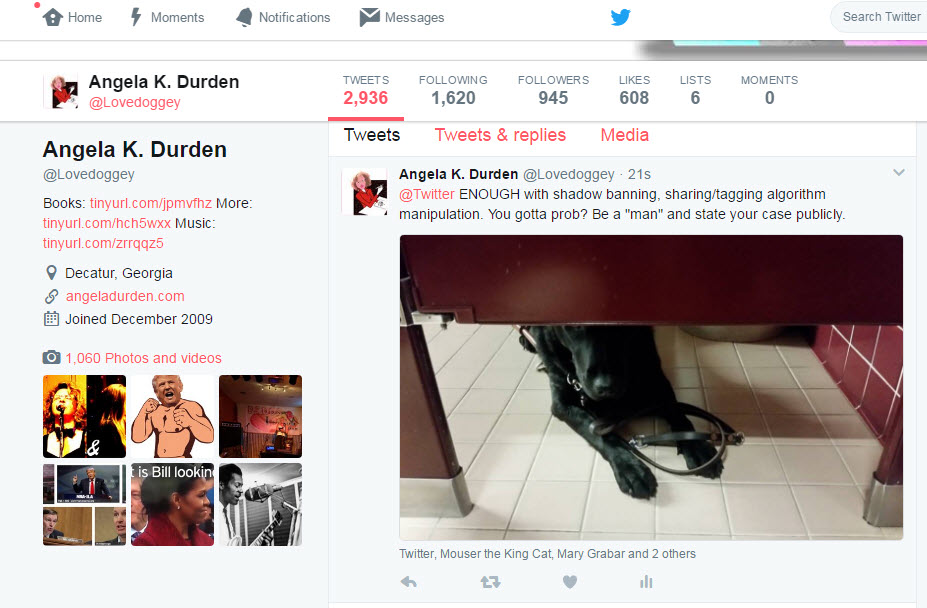 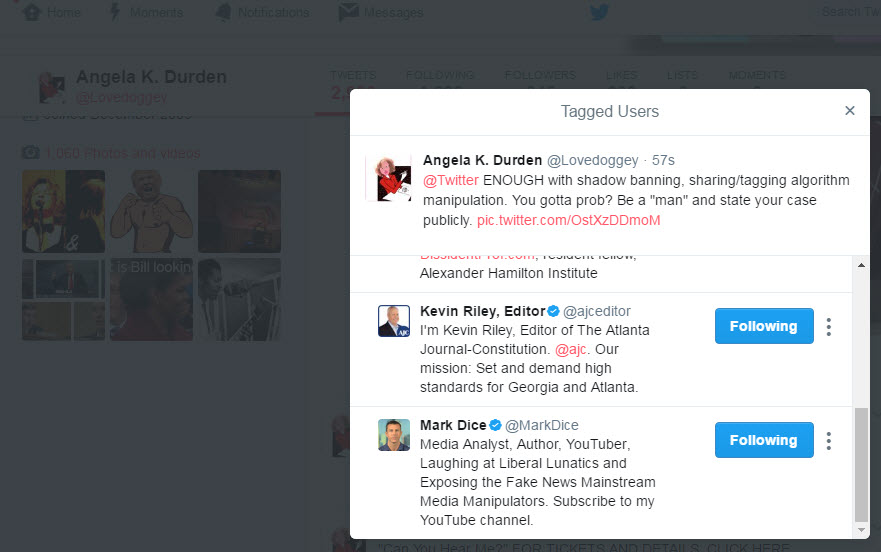