Can I get a bada-bing-bada-boom drum roll, please?

The problem is: he wasn’t far from wrong. Which of course was a conclusion and methodology I could not accept since I did not have one million, much less two.

Anyway, as I was looking at income streams in the music business, everybody — and by everybody I mean everybody — kept telling me that the future was now: Spinning, physical media, and albums are out. Streaming, singles, and downloads are in.

There’s one thing about me you should know: I do not make a business decision based upon what everybody says. So I began digging into the music business and asking: Who. What. When. Where. And though listed last, most importantly, why.

I asked, “Yeah, but, ummm…how do I get my money?” That is when I began smelling squirrels, otherwise known as tree rats. Presented with one 40-to-60-page contract after another simply to sell my song in an online store, I read every word. I signed not a one of the contracts.

Slowing down, I took stock of what was going on and realized something. The music business had taken a move from the playbook of the E-book resellers. That’s right. There is no worldwide concerted move by the vast majority of readers to prefer a digital book over a hard book. No there is not and I can prove that statement.

But there is quite a lot of money to be made in selling the E-book delivery systems: the fancy machinery. E-book pricing is so low, authors cannot afford to write books anymore. (Please do not point to that one gal who said she sold a million downloads as proof that money can be made on E-books because when she was presented a real publishing contract, she jumped all over that advance, which tells me she did not sell a million downloads because if she did, she would have told them to take a hike.)

But the big players in the music business — and a few of the new ones whose investors are hard to pinpoint, therefore suspect in my book — did the same thing, only worse. Not only did they want you to upload all your intellectual property to them, they then said they would do with it as they pleased.

But here is where the story gets extremely sad. Got your hanky out of your pocket? You’re going to need it. Go to the next blog entitled: Which are you? Part of the Solution or Part of the Problem. 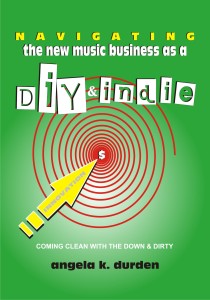